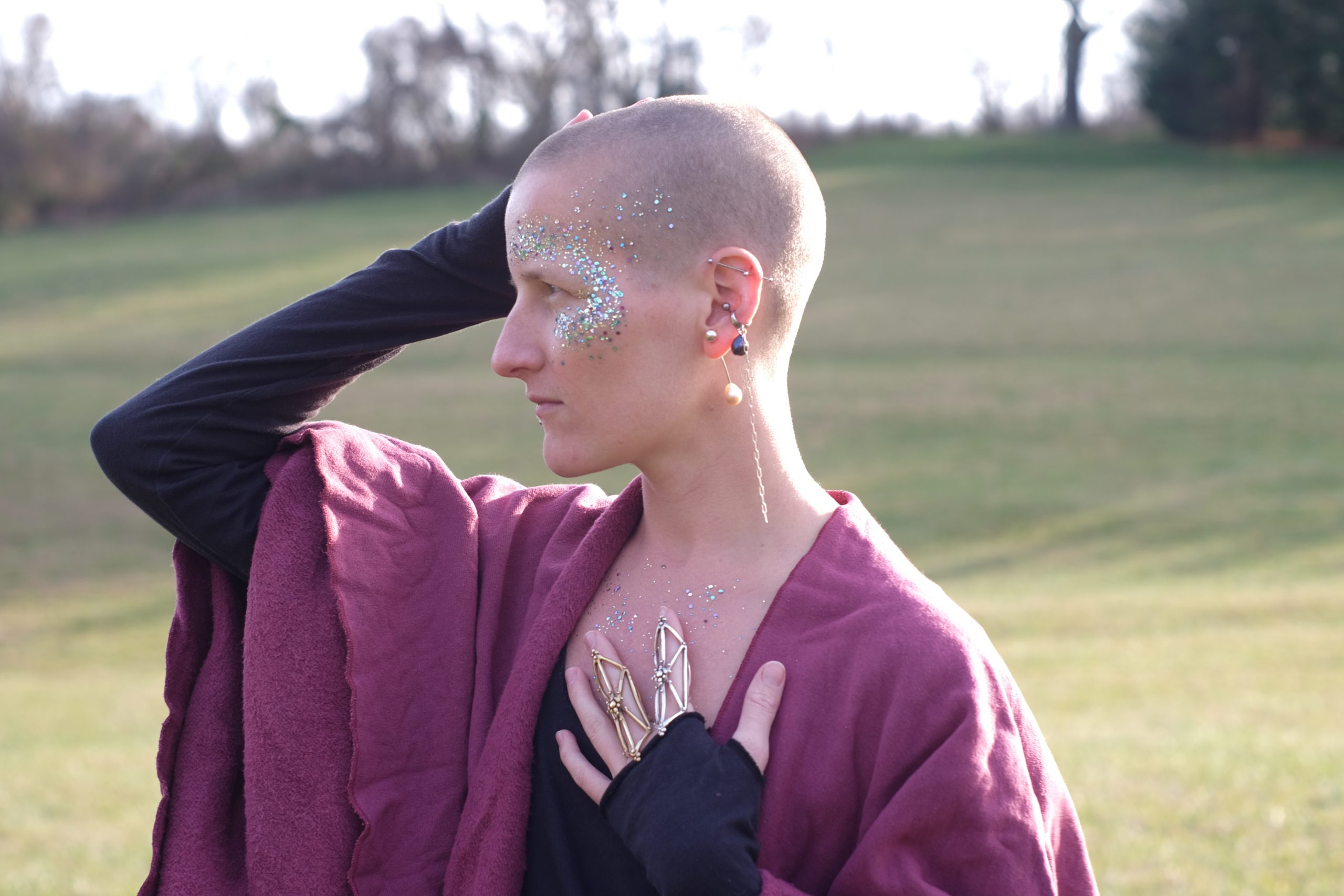 I got plastic surgery five weeks ago. I was so excited about the surgery (I got an elective double mastectomy without nipple grafts—you can read the story here) that it didn’t seem to me that I could feel anything other than wildly excited about having my dream of not having breasts come true.

However, I had enough sense to know that I would likely experience many different emotions after the surgery—and not all of them would be positive.

As the surgery got closer, I became less excited and more anxious, despite knowing that I had made the right decision. Of course, I couldn’t anticipate the exact emotions that I would feel after the surgery. I was surprised by some of them. In the months before my surgery, I wondered: would I miss my breasts? Would I think I had made a huge mistake? What I went through was a little like the five stages of grief after my plastic surgery procedure.

It didn’t feel like my breasts were gone for a while after the procedure. It’s hard to explain this to people. I had two wounds on my chest after my surgery, two long incisions starting in the middle of my chest and extending to the end of each armpit. I had stitches. I didn’t feel “free” or unburdened by not having breasts anymore. Instead, I couldn’t lift my arms over my head and I had a bandage on that was wrapped so tight that I couldn’t take a deep breath.

For the first week, before the bandage came off and I got to see my new chest for the first time, I literally felt like I was wearing a corset and that my breasts were simply smushed underneath that white binder (it didn’t help that my chest was numb, so I couldn’t really feel anything).

In a way, it felt like I was in denial that I had just had major surgery and that both my breasts were gone. When the surgeon removed my bandages at my post-op appointment and I saw my new chest for the very first time, I finally realized that they weren’t there. They were gone forever.

Why did I do this to myself?

It was hard not to wonder this in the first week, where for two days, I was so nauseous from the anesthesia that I couldn’t walk to the bathroom by myself. Where I couldn’t even lift a glass to my mouth and had to drink from a straw. Where I cried and thought that it was stupid of me to have maxed out two new credit cards to pay for this elective procedure.

I felt mad simply at the fact that I wanted so badly to have my breasts removed that I had actually gone through with this expensive and life-changing procedure. It was hard not to feel like the whole thing had been a giant mistake. My husband was very reassuring and told me my feelings were normal. After all, I couldn’t take a deep breath, bathe, or take care of my beautiful bunnies. It was natural that I’d be pissed, but at the time, it was hard to not be hard on myself.

What if I had gotten a different procedure done? The surgeon had asked me if I considered a breast reduction or another surgery such as a breast lift to “correct” my breasts. But my desire to get my breasts removed wasn’t about the way they looked; it was about the way I felt, and I just wanted them completely gone.

Should I have gotten a double mastectomy? Maybe removing my breasts wasn’t the right decision. Maybe I would miss them one day. Maybe I would find that, years from now, I would want to live my life as a woman with boobs.

I know this isn’t quite like the traditional bargaining stage of grief, but it’s difficult not to wrestle with yourself and consider if you might have taken another path. What I was facing in that moment—a lifetime with a new body that I was still getting used to—felt unbearable in a weird way, and thinking about alternatives to my decision was a result of that.

This is the part where I cried and told Ian (my husband) that I was afraid he wouldn’t love me anymore. Ian has always been amazing and so reassuring. We had so many conversations about my decision to remove my breasts, and have talked a lot about my feelings about my breasts over our 10 years of knowing each other and our two years of marriage.

I think what got to me was that almost every single person I told about the surgery asked about Ian first.

“What does Ian think?”

“Did Ian know you were thinking about doing this before you got married?”

After the surgery, I was feeling very emotional and experiencing a lot of feelings and I think I didn’t allow myself the space to acknowledge how much it had affected me that so many people had asked about Ian’s feelings about my body. News flash: Ian didn’t marry me for my breasts, and it’s my body, not his.

But lying in bed on the third day after surgery, Ian held my hand while I cried and I told him that I was afraid he wouldn’t love me anymore or find me attractive. I finally gave myself space to process these feelings. He was reassuring and we talked about our feelings, but I still felt depressed that not only was I recovering from major surgery, but that I had made a decision that I couldn’t take back (not that I wanted to take it back, but there’s something very sobering about making a decision that you can’t change).

I saw my new chest for the first time a week after the surgery. I was lying back on the chair in the exam room at my plastic surgeon’s office while the surgeon and an assistant unwrapped my bandages. There was a part of me that felt like my breasts were going to pop out after they unwrapped the bandages. I watched, looking down as the last bandage was removed and my new chest felt the cold air for the first time. “Welcome to your new chest,” the surgeon said.

It was strange looking down and seeing how small my chest looked. My breasts were a DD cup, and I had some fat around them, so I had also had liposuction during the procedure to prevent “dog ears”—pockets of fat left in the armpit area after a double mastectomy, as they’re known in the transgender community.

It’s only been a little over a month, but I love my new chest. I’m still processing all the feelings that I’m experiencing as a result of choosing to get my breasts removed at age 30. But as I navigate my new body and my new life, I’m grateful to be able to say that my surgeon did an excellent job, the people in my life have been mostly encouraging and supportive, and I’m very happy with my new body.